The concept "visio" is taken from Latin, it means "view, vision, appearance". Relating to a religious person, it circumscribes the unexpectedly befalling, running like a film, a vision. In this vision, the visionary observes aspects obviously independent of reality, beyond the respective perceivable and empirical actualities. Often, visions are combined with audition or other sensory impressions.

On March 4, 1926, Therese experienced for the first time a vision, where Jesus appeared in the Garden of Gethsemani on the Mount of Olives. Since that time, the visions continued until her death on September 18, 1962.

First, during Lent 1926, the contents of her visions was the Passion of Christ. Later, she witnessed also other parts of the Gospel (e.g. Christmas), of the Acts of the Apostles (e.g. Pentecost), of the Book of Revelation (Apocalypse) and parts of the life of Saints.

Her visions always took place in a certain way: visions appeared unexpectedly. It happened, that she was drawn into a vision while conversing, taking a walk, sitting in the car or in the midst of work. Then she slipped into an ecstatic state. Now she could not be addressed anymore, but was totally drawn into the experience and captivated by the events. Even a pin-prick into her skin or piercing light directed onto her eyes were not noticed anymore. In this ecstatic state, she experienced scenes as mentioned above. She saw these events not only as a bystander - so to speak from a distance -, but as if she would be present, involved in the happening. She felt, for instance, the heat of Jerusalem, smelled different scents, was sensible of pain or joy, and heard what was said in a language foreign for Therese. Just by listening, the bystanders could not grasp the contents of her vision. Looking at Therese's mimic, gesture and posture - many things could be anticipated. The succession of the visions was often interrupted by a pause.

After the ecstatic state followed a dazed state. In this phase, Therese could react when addressed, gave answers and made gestures. Especially, she could say something about the things she just had seen and heard. Not only the Pastor of her Parish, Joseph Naber, but also several interpreters of exegesis and linguists came and used this time to collect information, concerning their field of research. Again and again, these experts were astonished to hear Therese's exact description of geographical, political and social conditions in Palestine at the time of Jesus, as well as the fact, that her descriptions were exactly corresponding to the Holy Scripture and the life of Saints (see also chapter "Phenomena, Linguistic phenomenon").

Following the dazed state, she came back to "normal" life, the usual condition. She could recollect the contents of her vision, but not the descriptions she had given in the dazed state.

Already in 1928, Bishop Michael Buchberger of Regensburg asked Therese's brother Ferdinand, to take audio-visual records, to document the visions during the ecstatic state as a movie, and the statements in the hazed state on sound records. As a result, plenty of audio-visual material is available today. Another important original source are the diaries of Joseph Naber. From 1926 until 1962, he wrote down his observations and Therese's statements, during many visions.

For Therese herself, the visions were a great joy, on the other hand, a burden. To the Pastor of the neighbourhood parish Münchenreuth, Leopold Witt, she explained her attitude towards the phenenomen as follows: "That I have visions, is beyond my competence. I consider myself only to be a tool, God may use it in His plans and do with it, as He chooses. As far as I am concerned, if already today my strange wounds would disappear and I also would not have any visions any longer, it also would be all right. It does not make any difference to me, if I have visions or not...During the vision I "see". I am so exclusively occupied with the dear Saviour, that I would not have any time left for myself, no time to think of myself anymore" (Witt, p. 188ff). 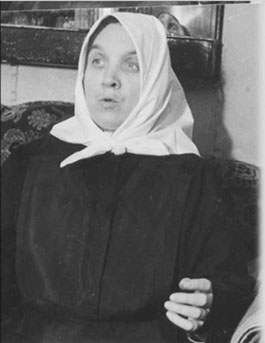 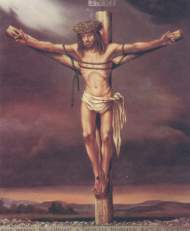